In our daily lifes, Internet keeps increasing in its importance; more and more people start not only doing their tasks, but also socialize and recreate themselves on the World Wide Web. Just have a look around at home, just to see how many devices are being used with the help of the Internet – problably more than just your computer. Many people are using the Internet for a lot of other devices, like the printer, media box, television and maybe even a NAS.

For all these devices, Internet is needed. In order of having a steady (home) network, it is advised to connect your devices with an UTP cable. This is a networking cable, and is made for data transfer and telephony. So its whole task is connecting devices with each other and/or the Internet.

What does UTP stand for?
UTP stands for Unshielded Twisted Pair. In the mantle of a UTP cable you will find eight separate wires. All the wires are twisted in four pairs. A connector can be placed on the end of these cables. These connectors are also known as RJ45 plugs.

Which different categories are known?

There’s a vast variety of UTP cables. One of the most important difference, is the large range of Categories. Starting from Cat5 (category 5), we are already capable of using Cat8. And it doesn’t end there, for within these categories there are other different types of UTP cables. For example, we not only have Cat5, but there’s Cat5e too! The difference between these categories is the different bandwidths the cables can work with. For example, a UTP Cat8 cable has the highest data transfer. Down below you can find an overview of the various cables and the corresponding speeds: 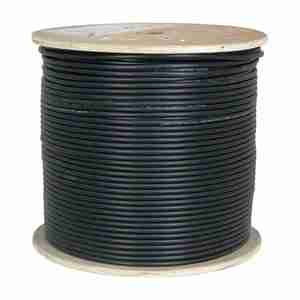